Big Businesses That Grew From Garages and Box Rooms 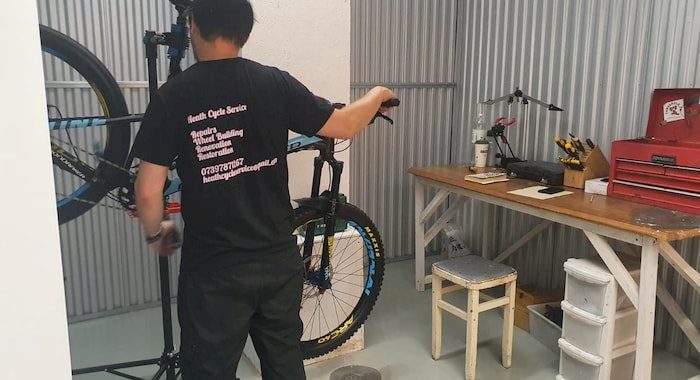 We know the UK is a nation of entrepreneurs, and it is heartening to see so many people taking the opportunity during these past few months to become their own boss.

If you are thinking of turning your innovative idea into a business, here is some inspiration – multi-million-pound turnover firms that started life at a kitchen table, in a box-room, in a garage, or in a facility like ours, here at Storage Giant.

Now the go-to tool for regular flyers and holidaymakers, Skyscanner started as a simple, bespoke spreadsheet to help its founder find the best flight prices. Now it is Edinburgh’s leading tech company with more than 500 employees. The company took flight in 2001 by self-financing.

Perhaps the best-know photographic resource in the world, its founder was a professional software developer and an amateur photographer. He got the business off the ground by using 30,000 photos from his personal photo library to start a stock photo service, now worth $2 billion.

The titan of online retail was founded in the garage of Jeff Bezos’ rented home. His parents invested around $250,000 in the start-up, which began as an online book seller. It’s gone pretty well for Amazon since then.

The popular high street fashion store was established by Bernard Lewis, who opened his first shop aged 20 selling fruit and veg in North London, He set up River Island with £25,000 start-up capital. He and his family now have an estimated fortune of £1.25billion.

The intercity bus service was set up by Brian Souter, now Sir Brian Souter, a former bus conductor, and his sister, Ann Gloag, with £12,000 and just two vehicles.

Writers rarely hit the rich seam of success that JK Rowling OBE has. She was living on benefits while writing Harry Potter, and was given a small advance from her publisher of £1,500. Now the creator of a franchise known the world over, her estimated fortune is £570million.

Rita Sharma established WorldWide Travels with start-up capital of £4,000. She had left college before gaining her qualifications and started the firm from her garage.

Sam and Dan Houser founded Rockstar Games and then created Grand Theft Auto, one of the most successful video game franchises of all-time. They used start-up capital of £25,000.

Ben Chestnut designed MailChimp while running a design consulting business. He had a number of clients who wanted to send email newsletters, so he built a tool to streamline the process.

Simon Williams, MD of Storage Giant, set up his company in Newport as a single-facility business during the turmoil of recession in late 2007. The business now has facilities in Cardiff, Swansea, Llanelli, Cwmbran and throughout the Midlands and M4 corridor. As well as providing domestic self storage and secure storage for for business clients, Storage Giant has seen more than 900 SMEs flourish under the Storage Giant roof in Wales alone