Cardiff – The Place to do Business

Investment and Development – What Matters for Cardiff’s Future

Cardiff is fast becoming one of leading business hubs outside London. As leading brands and multinationals make Cardiff a base, there is growing evidence that the city is overtaking the likes of Manchester, Birmingham and Bristol as a business ‘hub’.

With the signing of the £1.2bn Cardiff Capital Region deal, the whole region is set for a huge economic stimulus – better transport, better links, and a further £4bn of private sector investment.

“Cardiff has a strong economic outlook and should benefit from further capital growth in coming years as the property market gradually responds to the robust economic backdrop.”

A combination of rapid population growth, huge public sector investment and a burgeoning reputation for business education has led to the likes of Deloitte and Admiral to set up large-scale operations in Cardiff, while small businesses have been taking advantage of low-cost Cardiff office space.

“We’ve witnessed the growth of Cardiff over the last few years, and indeed we’ve been a part of it. I’m excited by the prospective growth in Cardiff and South Wales in general over the next few years – investment is high, and the infrastructure is in place to support the influx of businesses looking to set up here.”

This report looks at why Cardiff has grown as a business hub and looks at the potential for further growth in the city.

Data from the MPI Foundation at Leeds Metropolitan University reveals that Cardiff is the 2nd city outside London for number of meetings. The Welsh capital comes ahead of UK neighbours Bristol, Manchester and Birmingham.

According to research by Nixon Williams, in recent years Cardiff has emerged as the fastest growing city in the UK in terms of job creation in the financial and professional services sectors.

Job growth in Cardiff’s banking sector increased by 52% between 2009 and 2014, while Legal & General is expanding its financial services operation in Cardiff, creating hundreds of jobs over the next few years.

At the same time, they are investing £400m into Cardiff’s Central Square regeneration project, illustrating a dedication to their HQ.

Admiral moved into new buildings in Cardiff and Newport last year, employing 5,200 people in the region with ambitions to recruit further.

Deloitte are set to create 700 new jobs in Cardiff’s enterprise zone over the next five years. Having considered other locations in the UK and overseas, this is yet another vote of confidence in Cardiff.

We see three large factors contributing to the growth of Cardiff as a business hub over the last five years, and that continue to contribute to its further growth. These are in addition to Cardiff’s enviable location and excellent transport links.

Firstly, Cardiff has benefited hugely from public sector investment and capital funding via the lottery – the Millenium Stadium being a prime example. Ongoing investment may come in the form of the city’s BID (Business Improvement District) which could bring £7.5m of investment to the city centre.

Secondly, Cardiff’s rise as a business centre is supported by rapid population growth. The population of Cardiff is currently the fastest growing of any UK city. Population is predicted to rise a further 26% by the year 2034.

Thirdly, business education in Cardiff has gone from strength to strength. Cardiff Business School, part of Cardiff University, is recognised as one of Britain’s leading teaching and research universities.

Cardiff Metropolitan University has confirmed plans to develop a major media and communications school in the city. The project, endorsed by Cardiff Council, is in partnership with Phoenix Education, a subsidiary of Chinese television company, Phoenix Satellite Television Holdings.

Plans include a new building to house teaching space, a TV media centre and student accommodation that could house up to 2,000 students.

“To my knowledge, this is the first time a leading Chinese business has entered into such an agreement with a city in the UK. This reflects the development and growth potential of our capital city and its region, the stability provided by the UK economy and the opportunity to work with an innovative University like Cardiff Met.”

Phil Bale, leader of the City of Cardiff Council

According to a 2015 report by property consultancy JLL, investors are now looking beyond London and the large six UK cities to the office markets of strong regional centres.

“Cardiff has a strong economic outlook and should benefit from further capital growth in coming years as the property market gradually responds to the robust economic backdrop. There has been unprecedented investor appetite for office investments in Cardiff in the last 12 months from both UK and overseas investors.”

Cardiff office space rental is cheaper per square metre than cities such as Bristol, and Cardiff ranks alongside Oxford and Nottingham as one of the “What’s Next’ report’s cities with a strong economic outlook.

What’s more, Cardiff doesn’t have the same commercial property shortages as commonly found in Bristol or London, while rents are noticeably cheaper.

Cardiff is equally a thriving start-up arena. There were 1,835 business start-ups in Cardiff in 2014, and that number is set to grow significantly. The demand, therefore, for more flexible office space is only set to rise.

“There’s a certain dynamism about Cardiff at the moment. We see the growth of start-ups as part of a whole – low rent, high pools of talent who traditionally may have looked towards London, but who are now coming back to South Wales for a better quality of life.”

One of the biggest ever property deals in Wales saw L&G invest £400m into Cardiff’s Central Square regeneration project. L&G and Rightacres Property have entered into a joint partnership that will accelerate completion of the one million sq ft Central Square scheme and could secure up to 10,000 jobs in the city. The scheme promises to transform the area around the city’s station into a thriving business district.

The St. Modwen development, Glan Lyn, in Newport is worth £1.5bn in total, making it the biggest property investment in Wales, while £100m was invested in Friars Walk, Newport, which opened this Christmas.

Legal and General has effectively acquired a string of investment projects in the regeneration project and is providing the finance to bring forward the next phase of the developments. The project will include the proposed new headquarters for BBC Cymru Wales at the heart of Central Square, a new bus station and a transport hub.

The nine-figure agreement has been signalled as a “major vote of confidence in the Welsh economy.

“Cardiff has been hugely successful in establishing itself as real player in the inward investment arena and Central Square represents the most exciting regeneration scheme due to come forward in Wales. Located in a prime city centre location, it is set to deliver major social and economic benefits, and proves the model for the public and private sectors working together in order to unlock real UK growth. We look forward to working closely with our new development partners and Cardiff City Council to deliver this major project and attract further investment to the area.”

BID – A bid to improve Cardiff’s city centre economy was launched on Feb 10th 2016 with businesses asked to consider plans for a Business Improvement District (BID). Over the past six months, businesses located within Cardiff have been working to develop a proposal for a city centre BID.

Cardiff is one of a handful of UK cities currently without a BID, yet it has the potential to become one of the largest BID areas in the country investing £7.5m in business priorities over an initial five year period.

There are more than 30 ideas included in the plan, and these have come directly from city centre businesses during numerous consultations and discussions over the last six months. The plan explains how the BID will focus on encouraging people to visit more often, stay longer and invest more in the city centre.

What Matters – and Why Cardiff Is The Place to Invest 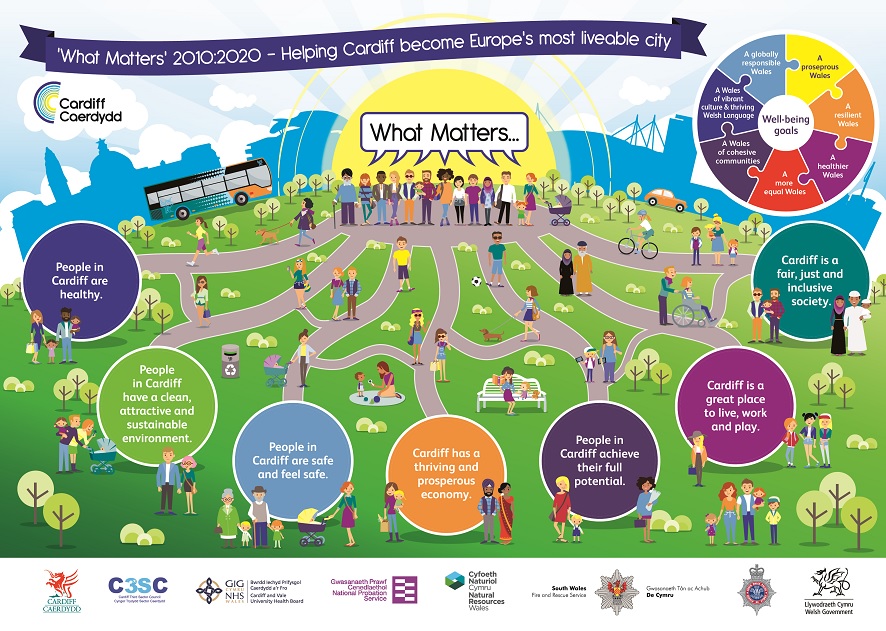 Cardiff has a 10-year strategy that aims to make Cardiff the most liveable city in Europe. The ‘What matters strategy’ is in line with the host of other development plans laid out for Cardiff, making the Welsh capital increasingly attractive not just for businesses but for employees looking for new opportunities.

We see Cardiff’s growth as being in its early stages. The investment by companies such as Legal & General, Deloitte and Admiral is a sign that companies are looking for bases beyond the traditional domains, where they can achieve cost savings and tap into a highly educated workforce.

That combination of relatively low-cost office space and skilled talent, allied with a stated public desire to invest in the city, makes Cardiff one of the most desirable locations for business investment in the UK.

Storage Giant is a Welsh success story – not only one of the fastest growing small companies in Wales, but the largest self-storage company in Wales. With facilities in Cardiff, Swansea, Newport, Cwmbran and Llanelli, the business is set to expand for the first time beyond the Welsh border with the opening of a brand-new facility in Bristol.