Around 100,000 pounds worth of tradesmen and tradeswomen’s tools were reported stolen to police according to the most recently collated figures, in 2016, with the value of insurance claims going up by 15 percent from 2016 to 2017. Behind these statistics are hundreds of micro and small businesses struggling to absorb the crippling losses.

Plumbers, electricians, carpenters and builders are all being targeted by thieves, who are cutting their way into vans and tool safes, or driving off with vehicles and their contents.

At a time when the health of SMEs is more crucial than ever for the wider British economy – more than 99 percent of UK firms are SMEs – tool theft is a blight that needs to be tackled.

One tradeswoman who knows about the problem first hand, is Zoe Robins, MD of painting and tiling firm, Paintfusion, based in Cardiff. Her first businesses folded after a thief made off with her car, which housed all of her tools. She says:  “I was running a small painting and decorating business, using my car to get to and from jobs, and I  was about to set up a tiling business when the car was stolen.  I lost around £1,000 worth of tools, as well as my vehicle. My insurance was invalid due to a technicality and the loss put me out of the trade for some years.”

After taking a few other career paths, Zoe has now returned to the trade, where her bread and butter work is painting and decorating, as well as handiwork, for local landlords, and she is thriving.

“The rise of tool theft is a real scourge and it hits those who are the backbone of local economies, so it is something we need to get a handle on.”
Simon Williams, MD of Storage Giant

To safeguard her livelihood, Zoe decided to take preventative action by hiring a permanent lock-up at Storage Giant, in Cardiff, where she keeps her tools under lock and key, and where she can access them seven days a week via a pin code and secure entry system. 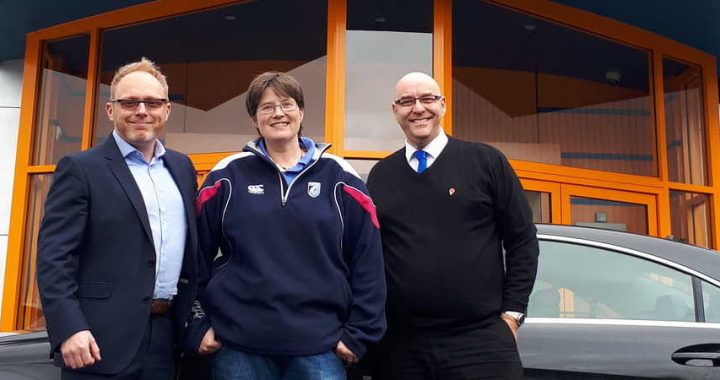